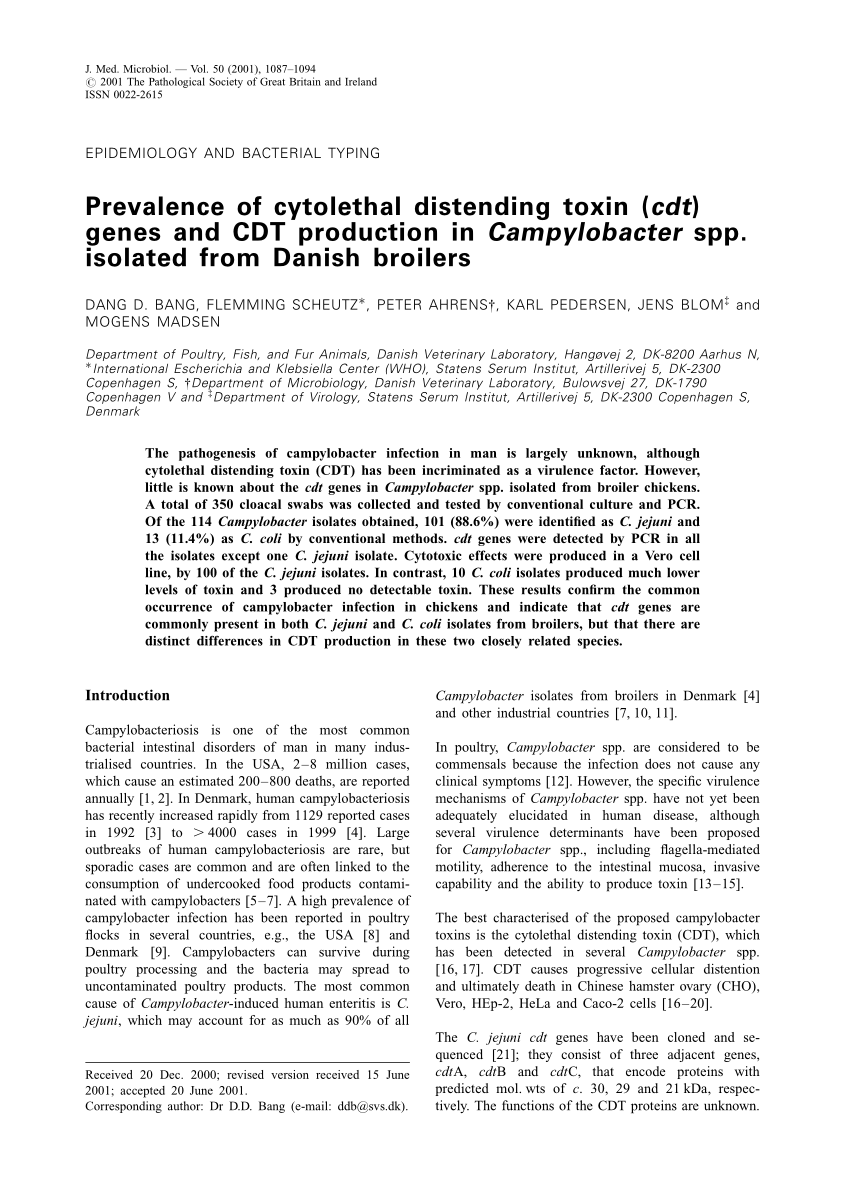 Articles Cited by. Journal of the American Veterinary Medical Association 5 , , Journal of the American Veterinary Medical Association 12 , , American journal of veterinary research 63 9 , , Journal of Biological Chemistry 10 , , Journal of clinical microbiology 40 4 , , Typhimurium UK-1 derived from the wild type was used as the challenge strain. The P BAD - mviN vaccine strain discussed in the current study for comparative purposes was generated from UK-1 as described in our previous report Single and double deletion mutants affecting methionine metabolism were produced in S.

Typhimurium strain UK This strain and the plasmids for the Red recombinase system were obtained from Dr. The Red recombinase system was used for the targeted gene deletions as previously described Briefly, disruption of the targeted genes was accomplished by first transforming strain UK-1 with plasmid pKD This plasmid confers ampicillin resistance and harbors the genes for phage lambda Red recombinase, which mediates the exchange of DNA between the gene of Salmonella to be deleted and the gene disruption construct.

This plasmid also contains a temperature-sensitive origin of replication, which facilitates its removal following recombination. Gene disruption constructs were synthesized by amplifying a region of plasmid pKD4 13 by polymerase chain reaction PCR , from the P1 site nucleotides 31—50 of pKD4 to the P2 site nt. The method for deletion of the metD transporter sequence, which is comprised of the met NIQ operon is shown in Figure 1. Figure 1. Diagram of metD mutant construction.

The metR mutant was constructed in a similar fashion. The metD transporter consists of three subunits, encoded by the metNIQ operon. The resulting construct was introduced into the metD locus by electroporation and homologous recombination using the Red recombinase system The Kan resistance marker was subsequently removed from the genomic insertion sites, leaving a gene deletion, by introducing a second plasmid, pCP20, which expresses a second recombinase, the S.


Whole-cell affinity measurements were conducted as described previously The replicate data were then averaged and transformed for Lineweaver—Burk plots using Microsoft Excel software. Details of the vaccination challenge trial have been described elsewhere A University of Arkansas Institutional Animal Care and Use Committee-approved protocol was used to ensure humane treatment of the chickens.

The unvaccinated chicks received an equal volume 0. The challenge strain was then passaged twice for 8 h each passage to ensure a log phase culture. At the time of chicken necropsy reported previously 11 , ceca and ilea organs were collected aseptically and transferred to sterile sample bags, subsequently removed and transferred to 10 ml tetrathionate TT broth for enrichment. Typhimurium challenge strain per gram cecal content, and live vaccine strains Kan—resistant Salmonella per gram of cecal content.

Since S. Five grams of chicken feed were blended with ml dionized water at high speed for 3 min. The same was done for 5 g of chicken feces, separately. These blends were then filtered through cheese cloth and autoclaved.

Both mutants exhibited reduced growth when compared with the control strain S. Typhimurium UK-1 in both media with either L- or D-methionine. The double mutant exhibited little or no growth in D-methionine, as expected.

The Ks of the metRmetD double mutant was 5. Except for the outlier value of The discrepancy between the much lower growth rate of the Salmonella auxotroph described in the present paper compared with the E.

The genotype of ATCC is not known, but the parent strain is described as having been mutagenized with N -methyl- N -nitrosoguanidine Figure 2. Growth curves of S. Figure 3. Colonization of ceca was also measured by enumeration of challenge strain colonies on selective agar plates containing NA. This suggests the vaccine strains partially protected against challenge strain colonization but based on the greater level of prevalence, the metRmetD vaccine candidate strain was not as well cleared by the birds.

This is supported by two independent lines of evidence. For one, the survival curves of the methionine mutants in chicken feed and fecal material indicated a high degree of survival in these matrices versus incubation in minimal M9 medium Figure 4.


Figure 4. Survival over time of the wild-type parent strain S. Ebooks and eBook visitors provide substantial benefits more than traditional reading. Ebooks slice down on the use of paper, as advocated by environmental enthusiasts. There are no fixed timings for study. There is usually no question of waiting-time for new editions. There is no transportation in order to the eBook shop. Typically the books in a eBook store can be downloaded quickly, sometimes for free, at times for any fee.

Not merely that, the online edition of books are generally cheap, because publication residences save on their print plus paper machinery, the benefits of which are transferred to customers.

Further, the particular reach of the e book shop is immense, enabling an individual living in Sydney to source out in order to a publication house within Chicago.